Taking two of my grandkids to Hershey, Pennsylvania ranked as a delicious day in numerous ways. Of course we tasted lots of decadent chocolate, but my grandchildren and I gained much more than yummy calories.

We attended a “Hershey University Adventure” which began with a brief history on cacao; something that might have been a bitter lesson but engaged the children by using “live” video. The class then learned to properly taste chocolate by letting it melt on our tongues. We sampled milk chocolate, dark, artisan, and specialty varieties and learned that white chocolate isn’t really chocolate. Each of us discovered we liked a different flavor.

I felt like a kid again wearing 3-D glasses, but the animated film we watched was touted as 4-D; it included smells, spraying water and floating bubbles.

Next, we hopped on a trolley where the guides, a dynamic singing duo, cleverly educated us about Milton Hershey, the company founder who developed the small town with a large candy factory. Their puns came so fast and furious the entire group got the giggles.

The trolley traveled down appropriate named streets like Chocolate Drive and Cocoa Avenue and past many community projects built by Hershey. The so called “Sweetest Place on

Earth” is illuminated by candy kiss lamp posts, alternating between silver and chocolate- like wrapped and unwrapped kisses.

Did you know Milton Hershey began an orphanage and school for under-privileged boys? The academic institution continues to this day but now accepts girls as well. The high school students can earn scholarship money for college by accruing good grades and participating in community service. This statement is not sugar coated – they can earn up to a whopping $88,000.

During WWII, Mr. Hershey got behind the war effort and produced ration bars for battlefield soldiers. During the Great Depression, he kept workers employed by building homes for employees and the grand Hershey Hotel. (Don’t miss touring the hotel and  magnificent gardens.) Milton Hershey is rightly considered a great American philanthropist and humanitarian.

The ultimate experience at Hershey’s World of Chocolate is creating your own candy bars. First we donned aprons and hair nets which looked quite silly. We each got to choose ingredients for the fillings at a computer screen – treats such as nuts, pretzel bits, sprinkles or butterscotch chips. We watched our personal bar (with slightly raised sides) move down an assembly line, get filled and coated in melted chocolate, then cooled and finally wrapped and packaged in a box we personally designed on another computer. We ended up with a divine chocolate confection in a tin container and a euphoric sugar high.

Couldn’t miss the thrill rides at adjoining Hersheypark, an amusement arena containing a super-sized water park – at no extra fee. While I wasn’t up for all the death defying vertical roller coasters or queasy twirling ones, I did feel proud to survive the Super Duper Looper and water flume with my grandson and granddaughter.

As an out-of-state grandmother, making memories is what spending time with grandkids is all about. Honestly Hershey, Pennsylvania provided one of the sweetest opportunities I’ve encountered.

Legos, those small brightly colored interlocking bricks, were designed as a child’s toy but many adults consider them a hobby.  A stash of Lego’s can provide hours of stimulating creative fun for almost any age. In fact, the company name “Lego” was derived from the Danish phrase leg godt, which means “play well”. Perhaps that’s why they remain popular some 60 years after their debut.

Florida unveiled Legoland, its newest theme park, in October, 2011. The former grounds of Cypress Gardens in Winter Haven were transformed into what I’d call “the ultimate world of Lego.” Visitors are greeted by life-sized Lego creations and entertained by an assortment of 50 family-friendly rides, shows and other attractions.

Miniland, a marvelous model village of landmarks and scenes from around the world, acts as the hub. The city layouts include buildings, bridges, lakes or famous structures made entirely from Lego’s–some with moveable parts like a parading band in front of the White House.

On October 15, 2012 Legoland is celebrating its first birthday and guests can join the party with a 50% off single day admission. In addition, a prize patrol will give away hundreds of gifts and free cupcakes for the first 5,000. Gifts include prizes such as: Meet a Master Model Builder, free Hero Passes for front-of-the-line access to rides, and free single day or annual passes to Legoland Florida.

Previous visitors to Cypress Gardens may remember the famous botanical gardens and Legoland wisely retained this beautiful serene space. (Hint to grandparents- sneak off here to get away from the crowds.)

The ever popular water ski show was rejuvenated and now features a Lego-Pirate themed performance. The chance to sit and watch under a covered amphitheater becomes a joy for tired feet. A forewarning — Legoland’s property covers 150-acres.

The water park was added before the summer of 2012, but requires a higher priced ticket.

Tourists visiting nearby Orlando can take a $5 shuttle bus directly to the Legoland, eliminating the parking fee and drive after an exhausting day.

Gift shops sell all things Lego and I dare say every kid will leave with a new Lego product.

Legoland Florida has a free phone app for android and i-phones. 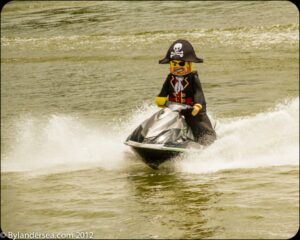 If you are looking for an exciting adventure, a family friendly escape or a romantic getaway, set your sites on Chattanooga, Tennessee.  The city once known for its choo-choo, now volunteers a bounty of activities.

Scenic views and nostalgic barn signs lead visitors to “See Rock City.” The Rock City Gardens opened in 1932 at the top of Lookout Mountain. You can walk among natural stone formations, across swinging bridges, and revel in the panoramic view of “7 States.” The fairyland gnomes entice adults who visited as children to return with their own. I was truly surprised and delighted with the updated venue.

Ruby Falls endures as another vintage roadside attraction. While the caverns themselves are not the most spectacular, the lighted 145-foot waterfall is worth the underground journey. Every October the staff turn the caverns into a haunted cave.  This event rates are one of the top 10 haunted Halloween houses in the country.  Screams and spine tingling fear guaranteed. Naturally, teens love it!

Those that seek sheer exhilaration head to Lookout Mountain Flight Park,  the nation’s premier hang gliding school. No prior experience is necessary. Participants and their instructor hook into a glider that’s tethered to an ultralite plane. The plane pulls them to an altitude of 2,000 feet, then releases the daring duo. Take my word on this –you’ll feel like a bird and gain a never to be forgotten perspective on the glorious mountains and valley below. Read about my fantastic aerial expereince here.

World-class whitewater rafting on the Ocoee River offers Olympic-caliber thrills and spills just 45-minutes from Chattanooga. Outfitters supply a professional guide to accompany and assist rafters as they traverse class 3 and 4 rapids. Whoo-eee! What a blast. Should you be looking for tamer exercise, think kayaking on the Tennessee River or bicycling a 10-mile pathway through city parks.

The Tennessee Aquarium is Chattanooga’s jewel, the world’s largest freshwater aquarium. The facility expanded to a second building: one featuring river ecology and creatures while the other explores the ocean habitat. Your ticket entitles you to come and go at this awe-inspiring aqua world, so visitors can break up the day with dining or other activities. An educational  treat for all ages. 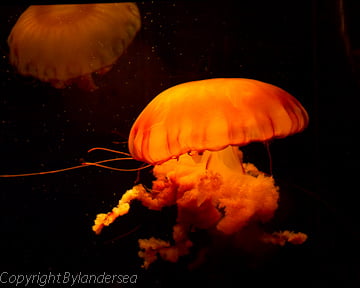 Many adults desire a more relaxing vacation and should consider riding in air-conditioned comfort on the Aquarium’s high-speed catamaran. Guests are transported into the Tennessee River Gorge surrounded by a colorful seasonal landscape. While the boat is speedy, the ride is not at all dangerous or scary. Tourists and locals also find dinner cruises aboard the Southern Belle Riverboat  to be laid back escapes.

Romantic couples head for the charming Bluff View Art District and find elegant lodging plus refined dining, bakeries, coffee shops and art galleries. The Hunter Museum of American Art along with a hilltop sculpture garden are mere steps away.  The Back Inn Cafe features exceptional cuisine. 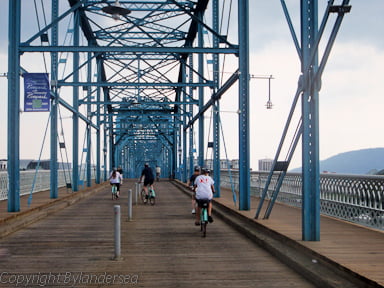 Don’t leave the diverse city without a peek into the historic Chattanooga Choo-Choo Hotel, or better yet, stay overnight in one of their railroad cars. The former terminal was converted into a grand lobby with fine lodging–a train buff’s heaven.

Chattanooga is quite the opposite of a sleepy Southern city. Her mindset is fun, the streets buzz,  restaurants are hopping and scenic beauty surrounds.  You honestly need more than a weekend to uncover all of the diverse treasures. 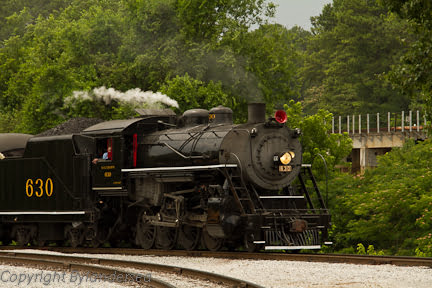 … wander and wonder are probably the same word.

If her suitcase could talk...

Halifax, Nova Scotia after dusk. Love my trips to